Home Who We Are Salvation Stories Significant Resources Meet The Team The SUM Shop Lynn Donovan Ministries New Here? Video Teaching
A Glorious Future is Ours!
Thankful Thursday - The Birth of Our Savior!

A pondering of what happened behind the scenes 2,000 years ago continues...
Praying and believing,
Dineen 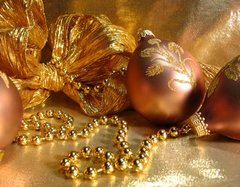 Joseph crouched next to Mary’s prone form. The babe lay nestled in the crook of her arm, either content in her warmth or unaware of his meager surroundings. Joseph knew not which, only that such circumstances were unbefitting a king.

All because of Augustus’ vile decree. They’d barely made it to Bethlehem in time for Mary to give birth. Now his wife lay in a bed of straw and a trough would serve as the babe’s first bed.

He stared at the child—at Jesus in awestruck wonder, then hung his head in shame. Had he failed the boy already? Had he failed Mary? More importantly, had he failed God? He’d almost walked away when he first learned of Mary’s pregnancy, yet God had given him a second chance. Would God give him a third?

Joseph felt Mary’s hand on his cheek, recognized her jasmine scent. He lifted his head. What would he see reflected back in her eyes?

Mary searched his face. A tender smile curved her lips. Understanding and love saturated her stare. “All is well, Joseph, and as it should be.”

Throat tight with his gratitude, he could only nod. Such trust! No wonder God had chosen Mary for such an honor as carrying the Son of God. That he could be half as worthy.

But why him? What did God see in a simple carpenter like Joseph? He leaned over and kissed Mary’s forehead, then did the same to Jesus. As his lips touched the downy skin of the babe, Joseph’s heart surged with love—a love like nothing he’d ever experienced.

He knew then he’d do anything for the tiny baby. He’d sacrifice everything, even himself if need be. Everything he had and was, he gladly gave to the babe put in his charge—to his “son.”

All trepidation over the future left in the wake of peace.

And Joseph knew all would be well.

Are You New Here?

Stay In The Know

Blog powered by Typepad
Member since 05/2006